A while ago I posted that there were big goals and personal challenges that I was working on setting for myself.

I’m going to divulge one of the biggest ones however I feel it to be in the best interest of anyone reading this blog to forewarn you that in this post I will be discussing things and posting pictures that might push the boundaries slightly.

While I embrace writing in an authentic and truly open manner, I do not wish to offend anyone. That being said it is in moments of discomfort that we often learn the most about ourselves. For me, hitting that publish button at the end of putting this together will be one for me.

As you know by now from reading my profile and some of my entries I have lost a considerable amount of weight. To date that number is just over 150 lbs. The weight that I gained over the years was a result of so many different factors and although it didn’t surface on the outside until I was in my later teens the building blocks for this were laid when I was very young.

My weight served as a barrier or protection against the mental and emotional impact of abuse at the hands of strangers and family. The fat was my security blanket wrapping me in good feelings when faced with the ridicule in having my waist measured every day on waking, upon being told that I was a “used girl child” because there was no blood tie to a new family or when monsters that should never be present in a child’s life made their way into mine.

Medical factors contributed to the spiral and although I didn’t understand at the time it was like a vicious circle because several of them existed due to the weight gain but then also served to prohibiting weight loss so the gain was simply compounded by that very fact.

The hardest part of all of this was that at the same time that my weight was a negative issue causing damage to my spirit and my body it was also a thing of beauty as my womb cradled two children to full term. How could I meet that with regret?

The stretch marks on my stomach, or as I prefer to call them my Tiger Stripes, are my badges of honor.  I have earned every single one of them and they all tell my life story, the tale of my journey. This is why I am having such a hard time letting go.

Some time after I started shedding the pounds of physical insulation on my body I noticed that I was developing really bad infections across the area of my belly caught under the overhang of flesh. These infections were so bad that I would end up with blisters, with red streaks down the top inner parts of my thighs and my c-section scar would be hot to the touch. This was because the sweat from my workouts was getting trapped in the areas of my body that were not responding to exercise. I have used the creams, used the washes and gone through countless ab workouts at the hands of a very awesome and yet demanding boot camp instructor but nothing in this area will respond to those efforts.

In April of 2014 it was decided by my family doctor that I should go for a consultation with Dr. Jason Gray. It was determined in that visit that I was a candidate for skin removal surgery. This is where my internal struggle began.

One would think that the idea of having this extra and useless flesh removed from my body would be nothing but exciting. I mean who doesn’t want magically to wake up to something that has physically bothered them for so long being gone? It’s like a magic wand being waved. The thing is I am such a big believer in loving yourself no matter what, in disregarding other people’s perceptions of you, in embracing your uniqueness that this somehow felt like a cop-out.

It has taken me some time, personal reflection and an extremely mind-blowing conversation with my son to realize that having this surgery means so much more than that. It means that I am letting go of the past and the traumatic moments that made me hold on to illness for so long. I am no longer letting those who tried hurting me succeed. I am taking back what was mind so long ago.

Because my son reads my blogs (yes, actually reads them word for word) I wanted to tell him about the surgery and my reasons for doing it so that he would know that it wasn’t for obtaining something superficial but rather medical relief. After sharing this with him he looked perplexed. I asked him what he was thinking about and what left his lips made my heart stop. He said “Mom, don’t forget. This is the last little bit of the old Debbie. She’s had no way out of you and this is you giving her a way out.” What, exactly, does one say in response to that? He’s right.

So barring anything unexpected occurring I am scheduled to go into the hospital on Monday January 19th to say goodbye to a part of me that I have cherished, been proud of and hated with a passion all at the same time. Before going in I wanted to honor this process with pictures both before and after. Please understand I am stepping out of my comfort zone ten times over by doing this and it is the first time aside from doctors or close personal friends/trainers that I’m letting anyone see this. I am putting my authentic self out there 100% in spirit, words and flesh. I am sharing this to help people see the struggle, understand the things that can contribute to these situations starting and observe the results of part of my journey.

Wherever you are, whatever you’re doing I hope that you’re allowing yourself to let go. Let go of all the pain that keeps us from moving forward, let go of all the negativity that makes us question our worth as human beings and embrace our power, our rights and our dignity. 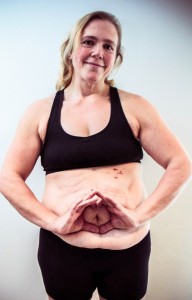 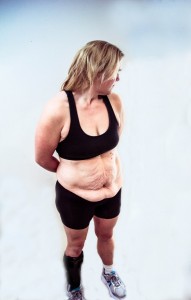 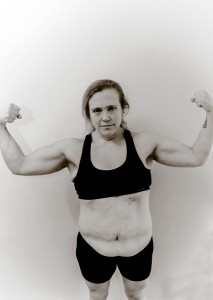 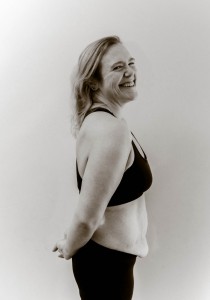