“Listening is giving the other person the experience of being heard.” ~ Bix Bickson

It was a Monday morning. I was lost in my own thoughts and listening to my go-to playlist for walking into work. I had just rounded the corner of a side street when I saw her.

It was her dancing that first caught my attention. Not the typical Monday morning, head down, quick paced walk that I usually see from the people around me but rather a beautiful zig-zag of arms waving in the air and hips rhythmically swaying as if in the front row of a concert.

The next thing I noticed were her boots. They were knee-high, tan leather and stiletto. My first thought was “Man I wish could move like that in heels. If that were me I’d break my neck.” Anyone who knows me and my history knows that to be true.

I continued to watch her for a minute or two, the time it took to walk about half a block. She was oblivious to me.

As I approached her I could faintly hear something over the melodic tones coming through the headphones nestled snuggly in my ears. Normally I have my volume set at a point where I can hear traffic as needed but other sounds are usually drowned out. This morning I had it set slightly lower.

It was then that I realized she was singing.  I have passed by people on the street many times before who were talking animatedly, yelling or singing and rarely has anything compelled me to pause but for some reason this morning was different.

I almost felt as if I was going to be invading her privacy as I removed the single bud from its resting place. That feeling quickly vanished as I listened to the words that were flowing from her.

Wham! It was like a ton of bricks hit me in the chest and my heart just ached.

This girl didn’t appear to be anymore than about 17-years-old and yet here she was singing these heart-breaking lyrics at the top of her lungs, dancing down a side street at 7:45 on  a Monday morning when so many of her teenage counterparts were leaving from warm houses with full bellies and normal concerns and cares that a teenager should have.

I managed to get about 30 feet past her, listening the whole time before I spun around. The mom part of me kicked in and I walked back towards her.

It was obvious to me as I got closer to her that she was likely under the influence of something but that didn’t faze me. I couldn’t listen to those words, hear the pain radiating from her self-created song and not say something.

I stood in front of her, looked her in the eyes and said “I hear you. I see you. I was listening to your words.”

Her response shattered me. It was clear, it was concise and it cut like a knife. “I wish my parents would.”

I asked her if I could give her a hug. She looked surprised and then slowly let me put my arms around her. I told her she had a beautiful voice and to never stop singing. She allowed herself to put her head on my shoulder for a moment, let out a single sob and then stood straight up.

She took a step back, looked at me with her young but far too experienced eyes and said “Thank you for listening.”

That was it. She quickly resumed her dance while settling back into her personalized lyrics which she repeated over and over again.

There was nothing else I could do. I couldn’t rescue her. I couldn’t provide a band-aid to her situation. I did the only thing I could do – probably one of the most powerful things that any one of us can do for another human being. I listened.

The rest of my walk to work I kept my headphones out. Instead of losing myself in my music  I heard the traffic, I heard the birds, I heard the rustling of leaves and the sounds of people talking and laughing around me. I was absorbed in the rhythm and music of life.

So much is missed when we don’t really listen. Many people never have the opportunity to have their voices truly heard and because of this too many people fly under humanity’s radar or fall through the proverbial cracks.  What a better world we would live in if we all felt like we mattered, if we all felt like someone genuinely cared about what we had to say and if none of us felt alone.

Wherever you are, whatever you are doing I wish for you every opportunity to vocalize your pain, your struggles, your hopes, your dreams and your achievements.

My personal hope is that we can all take the #timetolisten. 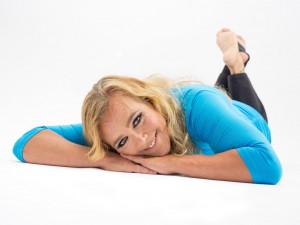