Those were the words leaping out at me from the first birthday card I had ever received from my new grandmother 6 months after my mother and stepfather were married.

I was 11 years old and emotionally devastated at the clear lack of acceptance that was communicated to me. Little did I know what kind of impact that one sentence would have on my life over the span of the next 30 years.

Following the presentation of that birthday message it quickly became apparent to me that because I was not a biological grandchild, because I came with a past, because I was part of someone else’s baggage I was never going to measure up or be treated as an equal to the other kids in the family. I was…used.

This sense of inequality carried into my dating experiences as a young woman. I never felt that I had the right to look for what I truly wanted out of a partnership. Add to that the marred past of childhood involving sexual abuse and what you get is a woman who doubted her self-worth at every turn, who questioned her value in relationships and who felt…used.

Fast forward 20 years, family drama, children, marriage and divorce later and you find that same woman haunted by that one sentence as she now looks to the potential of her future.

I caught myself a while ago allowing those feelings of self-doubt and unworthiness to creep back in. Who could possibly want me with my family past? Who could tolerate the drama that has found its way uninvited into my life?  Who could look past all of that and see the strong, vibrant, healthy woman I have become? Then I realized I already held the answer.

I don’t need to look outside of myself for acceptance, tolerance or unconditional love. These are gifts that I can give myself. I can look at the things that have happened in my life, acknowledge them but not let them have control. The appreciation for the effort I have put in and the changes I have made is something I can show myself every day through self-care. The love that little girl craved and yearned for is now given to her with every positive thought and emotion. I can look beyond it all and see what I have become.

For that very reason I am no longer…used. 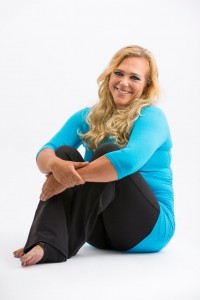